Repair, Restore, Rebuild? What is the right option for your leaking shower? 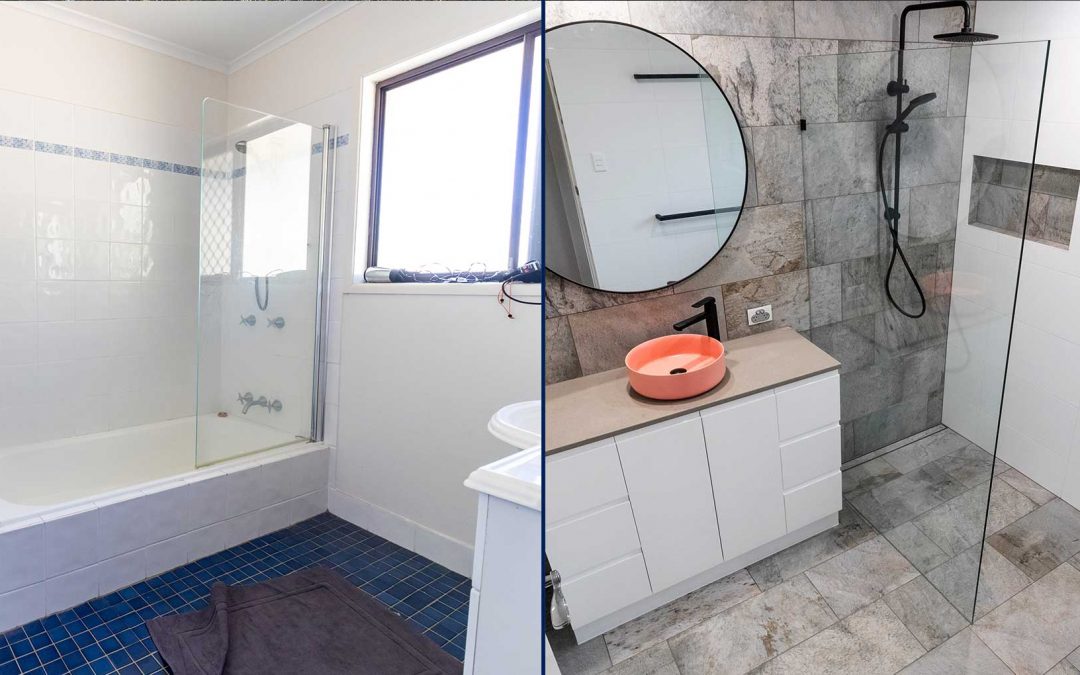 The ABC of shower repairs

The shower is probably the first port of call when you get up in the morning and most likely the last place you visit at the end of the day before jumping into bed. So why do we pay them such little attention when it comes to maintenance?

If you have a shower leak or other issues in your shower or bathroom, it can be difficult to decide on the best course of action. Like most people who have a leaking shower, you’ll call a plumber or renovation company and it’s likely that you’ll get different advice from each. Some tradesmen will offer you a cheap patch up solution to win your work, only for you to discover that in short time the repair fails and you have a much bigger problem on your hands. Others may talk you into undertaking works that aren’t necessary at all.

To help guide you when are faced with this problem, we’ve put together a quick guide to help you determine the best way to stop further damage occurring and repair your shower permanently and cost effectively.

Many shower leaks occur because of a failure in the waterproof membrane under the tiles. This can happen for a number of reasons including house movement, age or poor workmanship. Shower Dr tradesman are often called out to inspect relatively new showers that have been poorly constructed and are experiencing water leakage.

If the tiles on the shower base and walls are sound and there are no structural defects in the shower recess, the chances are that it can be repaired by undertaking a Shower Dr Shower Service.

During a shower service a trained technician will remove all of the grout and silicone from the shower recess and replace it with easy to clean, waterproof Mapei epoxy and polymer grout. Because this grout forms a waterproof barrier, any failure in the waterproof membrane is by-passed and the shower retains its integrity.

A Shower Dr Shower Service is the most cost effective way of repairing a leaking shower. This is done without removing any existing tiles and the products used carry a 10 year warranty.

You may decide that rather than simply fixing the leaking shower, it may be time to give the bathroom a lift and restore it, as much as possible, to its original condition.

The Shower Dr can extend the shower service and replace all of the grout and silicone throughout the entire bathroom if required. Taps, shower heads can be changed and updated which not only gives the bathroom a clean new look, it very often saves water and ensures that the life of the bathroom is extended by many years. This is part of our bathroom refurbishment service.

Like everything, bathrooms have a lifespan. Tiles chip and come away from walls and floors, shower screens deteriorate and bathrooms look old and tired. If you bathroom is in need of more substantial repairs and maintenance there are two options available other than a bathroom renovation.

Full shower rebuild
The shower recess is the most heavily used area in a bathroom and it’s common for the shower to fail before the rest of the bathroom needs renovating. If this is the case, The Shower Dr offers a full shower rebuild service where the complete shower recess is rebuilt. First we strip the complete recess back to the frame, then we rebuild the shower from the ground up exactly as you’d like it. This is all done for a fraction of the cost of a full bathroom renovation.

If you have a problem with a shower or if it’s leaking or old The Shower Dr offers a full range of options to suit your budget and your taste.

Call The Shower Dr, we can usually repair your shower without removing tiles and reseal it effectively and permanently. We’re quick, neat, reliable, professional and we have more than 25 years experience is repairing showers just like yours.

The Shower Dr, we Repair, Restore and Rebuild showers all over South East Queensland – guaranteed.

Big thanks to the Shower Dr team for doing such an amazing job building our ensuite. Their attention to detail, helpful guidance and professionalism has left us very impressed. Will definitely use them again for all our shower/bathroom needs.