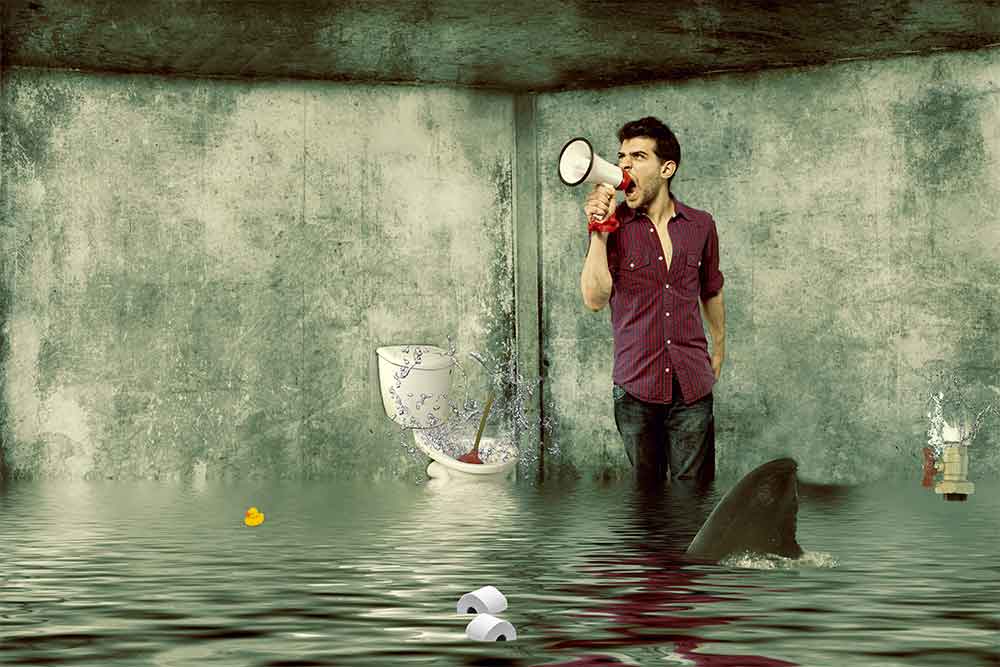 How to know if your tiles are becoming waterlogged

In this shower repair vlog, Rhys Daniel the Shower Dr CEO explains how even newer showers can fail and the potential damage this can cause to your most valuable investment. In this video, Rhys also demonstrates The Shower Dr moisture test, which helps us detect leaks or problem areas in your shower early.

“Hi guys, Rhys from the Shower Dr here. And yes, I have shaved my beard. Anyway, today we are in a bathroom that is less than 10 years old and yet we have serious water proofing issues already. This is a pretty nice bathroom but we have a look closer you’re going to see some pretty scary things.”

“Down the bottom in this shower, already we have one of the first signs you’ll see in a bathroom with waterproofing concerns.  This is rising efflorescence, and yes there are many reasons why that could happen. But, what’s happening here and we see on a regular basis is that there is a build-up of water underneath these tiles. So much so that the chemicals and minerals in the concrete and in the glues has risen to the surface and that has left hard, that is actually sharp touch. It’s very similar to a stalagmite on a cave when the water drips down and the minerals are left behind.  That’s what we’ve got going on here.

It’s actually happening at the other end of the waste grate as well.  Pretty much all the way along the lower section of this bathroom floor.  Now the first opinion you might look at that and think it might be that and it might not be, but that’s where we have a moisture meter. Now we consider the density of a tile and that tile has to fill with water to then read on this meter, which penetrates the depth of the tile this will show us how much water’s in there.

Now we obviously have humidity and things like that anywhere inside a shower so we’d expect a certain amount of moisture content. So we check the walls directly underneath the shower rose, we’re running around about 3.9. As we go down lower and you’re going to find them raise a little bit. Going anywhere up to the five percent is quite normal inside a shower wall. We wouldn’t be too concerned but now when we get to this bottom tile you can see that we get 11 percent. That means 11 percent of this tile is actually water. Now what’s really scary is that when we get to the floor we actually get all the way up to 13 percent.  In this really bad wet area right here we’re getting 18.2 percent. It’s that massively high moisture content in this area that is causing the rising efflorescence.”

A Shower Dr reseal can save this 8 year old shower

“That means that the water underneath these files is not going through the waterproofing system the way it should be going. And when it sits there for years and years and years becoming stagnant it obviously starts to rot the waterproofing away and as you can imagine if we do not get on to this immediately, this water damage is going to penetrate the walls. It’s going to start affecting the structure of the house and they’re going to be ending up renovating an eight year old bathroom that’s already cost of a fair amount of money having these really nice tiles put in everywhere. To see this all ripped apart again simply because they have a waterproof issue, that’s heartbreaking. Luckily with a Shower Dr reseal of this shower, which is in structurally sound condition we don’t have any breaks we don’t have any cracks we don’t have any grouts pulling or tiles falling off the walls,  this bathroom is pretty strong. Because of that, we can remove all of these grouts and all the silicone everywhere and seal this shower at the tile level.”

The grout in my shower was falling away and water was pooling behind he tiles. My experience with The Shower Dr was 5 stars! I was impressed from the internet enquiry I placed, through to completion. Everyone was punctual, polite and professional. The only issue I have now is that my shower is so clean that I don’t want to dirty it by using it!